It feels like we are living in some kind of strange nightmare. I hope all of you are holding up OK and somehow adapting to this new reality in which we find ourselves. I know it's a struggle for all of us. 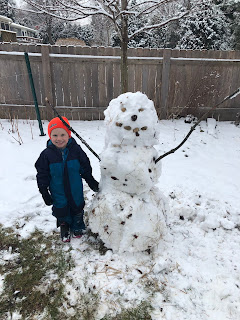 Meanwhile, because a global pandemic on its own might not be sufficient excitement for a week, Lemon developed a terrible rash all over his legs and belly which we concluded was an allergic reaction to azithromycin, since that was the only thing that had changed in his life in recent days. We stopped the azithromycin, did a few days of Benedryl and hydrocortisone, and at least that is now back to normal. 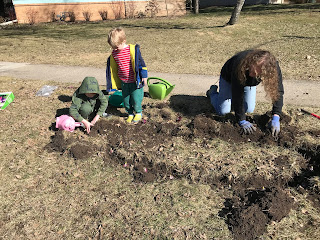 Relatedly or not, Lemon had started coughing last Saturday.We were kind of keeping an eye on things while waiting to hear back from the new doctor with an updated care plan. Eventually we decided the cough needed intervention, and worked with the pulmonologist on call to get a prescription for augmentin, which should work against the bacteria that grew out from the bronch. We started that a few days ago and the cough has pretty much cleared up. I am still eager to hear what the new long-term plan is, but I suspect possibly the pulmonologists are a bit swamped right now. I also wonder in retrospect if at least some of the coughing wasn't due to the allergic reaction to azithromycin, since Lemon's biggest allergy symptom is always cough. I suppose we'll never know, and in any case we would have wanted to start antibiotics to kill the bacteria that were found during the bronch, so it probably doesn't matter. 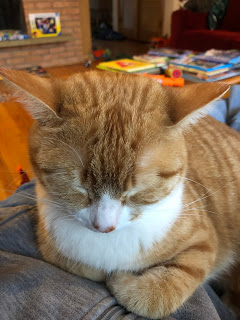 At least I can report that we all survived the first week of no school successfully. I'm not sure how much learning occurred, but we tried. I think our biggest success has been to have Lemon write a daily entry in a diary about his experiences during the pandemic. Learning apps have been a mixed bag overall, the kids like some of them but not others, and the amount of time they will do any one things is limited. 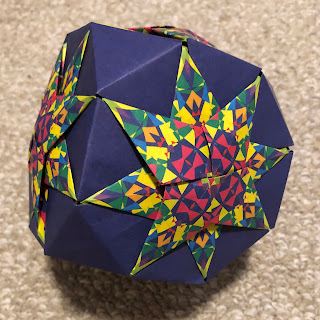 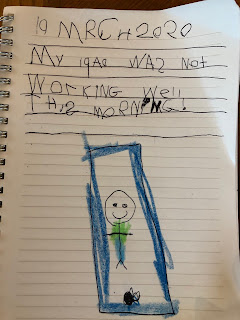 For better or worse (mostly better, I think) the thrill of screen time has totally worn off for Lime. Now, when we tell him it's time to watch videos on his iPad (while Lemon does therapy), Lime will start willingly enough but after about 10 minutes he wants to know if it is time to be done, and often will wander off and start doing something else. Like the rest of America, I have been baking a lot this week,so he's learned some important life skills such as how to whip egg whites to stiff peaks, and how to make a chocolate ganache. Hopefully these will come in useful someday when he needs to impress his friends.

Anyhow, again, my best wishes to all of you near and far. Stay home, stay healthy, and be well.