Nothing like a little CF drama to start off a new year. So, as you loyal readers will recall, about a month or so ago Lemon had a chest CT as part of a research study that he is in. And, that, to my disappointment, the CT itself would not be shared with our clinical team, but rather that they would just be notified in the event of "significant findings." Well, guess what, there were significant findings. 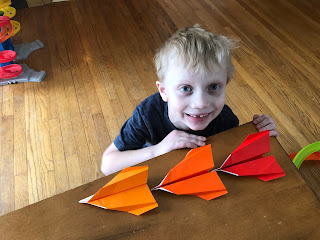 The significant finding is RML atelectasis, or an area of the right middle lobe of Lemon's lung that has collapsed. This is, of course, not great news. The recommended course of action is to do a full month of manual chest PT (focused on the right side) in addition to our regular airway clearance regimen to try to clear the collapsed area and get it to reinflate. We will get a chest X-ray after the month of extra therapy to see if that has happened. If the area does not reinflate, it may be that we will need to have a bronchoscopy to try and reinflate it. 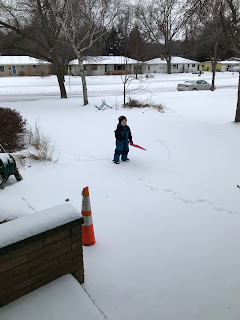 None of that is ideal, of course. What is far less ideal is that, after receiving the report from the research CT, the doctor who is the head of our CF center went back to the last X-ray that Lemon had done (IN JUNE, MIND YOU) and said that actually, he could see evidence of the area of collapsed lung there, too. This does seem to beg the question of what we are doing the annual X-rays for, if not to catch things like this early, when we have the best chance of intervening before lasting damage is done. As of now, the doctor estimated that we have a 50:50 shot at getting the area to reinflate. He also said something about how good it was that we caught it early. Early? We could have caught it 6 months ago, apparently, and we wouldn't have caught it until 6 months from now at our next scheduled X-ray (if then!) if I hadn't decided to sign Lemon up for that CT. So I hardly view this as an occasion for self-congratulation. 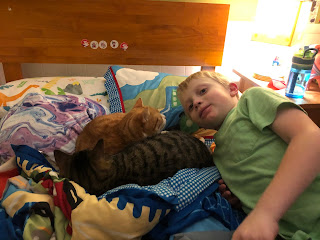 Suffice to say I am very disappointed by how this has all unfolded, and am definitely planning on getting an additional opinion once the next chest x-ray is done. Luckily a new pediatric pulmonologist has joined our CF center in the interim, so I will start there.

Meanwhile, we are following up with the GI doctor on Friday of this week. Now, of course, I am really wondering about the conflicting reports that I got on the results of our last liver ultrasound, which were either "normal" or "mild fibrosis" depending on who you ask. At this point, I am very interested to hear directly from the GI doctor.

So, not really the start to 2020 that we were hoping for, but at least Lemon is feeling fine and has managed to gain back some of the weight he lost in December, so we are in a better position for whatever lies ahead. 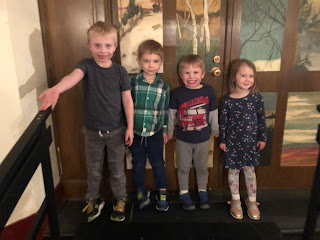